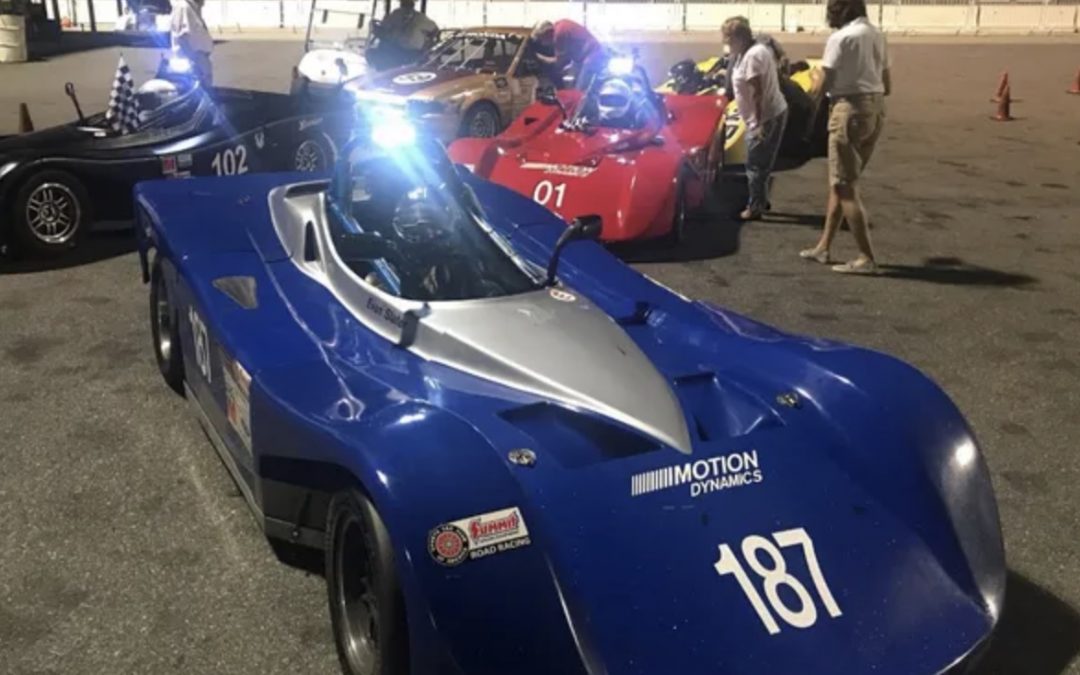 Three months ago Evan Slater was climbing into the driver’s seat of a car with a manual transmission for the first time. While it’s not uncommon for a 14-year-old to learn how to drive a standard, it is uncommon for that moment to come in the seat of a race car that travels upwards of 100 miles per hour.

Fast forward two months, and the Portsmouth teen has already picked up a second-place finish in Thompson, Connecticut, and has wowed everyone who has come into contact with him while competing in the Sports Car Club of America (SCCA) Spec Racer Ford Division.

“What I saw the first time I saw him was that he is a natural,” said Maurizio Cerazoli, Slater’s mechanic and mentor, who has been involved with SCCA racing for over 40 years. “These things go step by step. He is on Phase 3 already. That usually takes several years.”

“When I am at the race track, it’s an environment that I like,” Evan Slater said. “There is great competition, which drives me to be the best I can. And I like the adrenaline that comes with racing.”

Evan’s father Zach said he felt like Evan had natural talent the first time he got behind the wheel of a go kart, but as Evan’s career has continued to grow, he has only continued to impress him.

“He got into a go kart and it was clear early on that he has a talent for it,” Zach Slater said. “He has always known what to do in a wheeled vehicle.”

Evan started in go karts when he was just 7 years old, and he raced both indoor and outdoor go karts with a lot of success. He moved to the outdoor karting world at age 10, and although the cars weigh less and have much more power, he was quickly able to harness that power and earned a second-place finish in his first race. Zach, who had done some SCCA racing himself, knew that when Evan was ready to step into the driver’s seat, it was time for him to step aside.

“He is already a thousand times better than I ever was,” Zach said. “When he saw Evan drive, my coach said it was time to hang up my helmet and support (Evan). He is small, so he looks like a little kid, and guys don’t know what to make of him. Then they see him drive, and they are like, ‘Wow!’”

In Spec racing the cars are set up nearly identically, with the same motors, gears and suspensions, making the driver the biggest factor in success.

“It’s all about the driver, and that’s why Evan wants to do it, to showcase his skill,” Zach Slater said.

Due to the COVID-19 pandemic, Slater has not been able to get as much time in the seat as he would have liked in his three months since getting licensed to drive one of the Spec Racer Ford cars. His first race was in July at New Hampshire Motor Speedway’s road course, and the race in Thompson was his second taste of competition. He has practiced and tried to hone his skills at Club Motorsports in Tamworth, but his short learning curve has impressed all those who have been in contact with him.

“He is impressive, for sure,” said Shawn Morrison, owner of Team Motion Dynamics Racing, for which Evan drives. “I think his biggest hurdle was that he had never used a manual transmission and a clutch before, yet he’s already out there and as good, if not better, than guys who have been doing it for 10-15 years. He finished second at Thompson, and if the race was another lap or two longer, he probably would have won.”

Morrison said he was a bit skeptical when Zach Slater approached him about working with Evan, because of Evan’s young age. Once he saw what Evan could do in the car, however, he was quickly swayed.

Cerazoli described Evan as “a sponge,” who is always trying to learn more and improve.

“He is very focused and aggressive,” Cerazoli said. “He doesn’t get mad or lose the focus. As the race goes on, and some people get anxious or make mistakes, he gets even more focused and relaxed. And it’s not just about driving the car. He understands the set up and what needs to be done to make it better.”

“I like being in control,” Evan Slater said. “I don’t like going fast in roller coasters or things like that because I’m not in control. But put me in a car, where I have control, and I love it.”

Although he only has 14 days on the track so far, Evan is proving that he is a quick learner. He will be back at Club Motorsports this weekend before competing in his next race next weekend in Palmer, Massachusetts.

Evan said his long-term goal is to compete in Formula 1, but he quickly added that it takes a lot of time, work and support to reach that level. He hopes to someday have that opportunity, though.

The bad news for his competitors? He is still learning.

“The hardest part was driving the manual (transmission),” he said. “But there are other things that go with that. In karting, I had to break with my left foot, but now I use that for the clutch, so I had to get used to breaking with my right foot. I am also learning how and when is the best time to shift to get through a certain corner, and that changes if the track changes, or if there is somebody racing with me around a corner.”